The ‘just in from a run’ look can go one of two ways. A dewy forehead and flushed cheeks or a violent shade of red and dripping with sweat. Two skin reactions from exercise that at first may appear very different. However, they can, in fact, have something in common. That is, an inflamed itch underneath clothes, otherwise known as chafing.

Commonly occurring in areas you can’t exactly itch in public- it can leave you feeling uncomfortable, irritated, and awkward. We understand. Here’s how to stop chafing.

What causes chafing on thighs

Chafing is caused from friction against the skin, especially when combined with moisture. That’s why you may notice it in environments that are particularly warm. Think of irritated armpits on holidays or Ross’ leather pants dilemma in Friends. However, the biggest concern for most is how to stop chafing on the thighs.

For example, when wearing a skirt during the summer, the inner thighs rub together. As there is no material there to separate them, there is nothing to prevent the skin-on-skin friction.

On the other hand, wearing loose-fitting trousers, particularly those made of cotton, is an example of fabric-on-skin chafing, and a recipe for disaster. 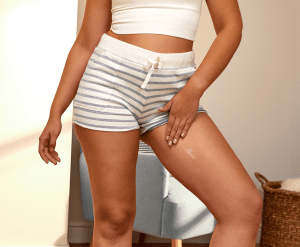 Other causes of chafing on the thighs includes endurance sports. Healthline have listed biking and running as two of the problematic exercises. This is no surprise as both of these sports involve a lot of rubbing of the inner thighs, either against a saddle or each other.

How to stop your thighs rubbing

It’s said that the best cure is to avoid the cause. Is throwing out our skirts the only way how to stop chafing? Surely not! Luckily we have found another way how to stop your thighs rubbing against eachother.

To put a stop to chafing during the warmer months, keep your legs moisturised. The Mio Skincare Move Groove Anti-Friction Balm provides a layer of protection over the thighs.

The anti-friction, moisturising ingredients will allow the legs to glide off eachother, while niacinamide will prevent the appearance of redness. There’s no need to avoid skirts entirely, just be prepared. For additional protection, you could try wearing a pair of bike shorts underneath.

How to stop chafing when running

With endurance sports, we’re more concerned about fabric-on-skin chafing. Unlike skin-on-skin, it is the material of what you’re wearing that is causing the irritation. Firstly, what kind of material are you wearing? Exercise gear should be lightweight to let the sweat evaporate off your skin. In other words, it shouldn’t be made of cotton. 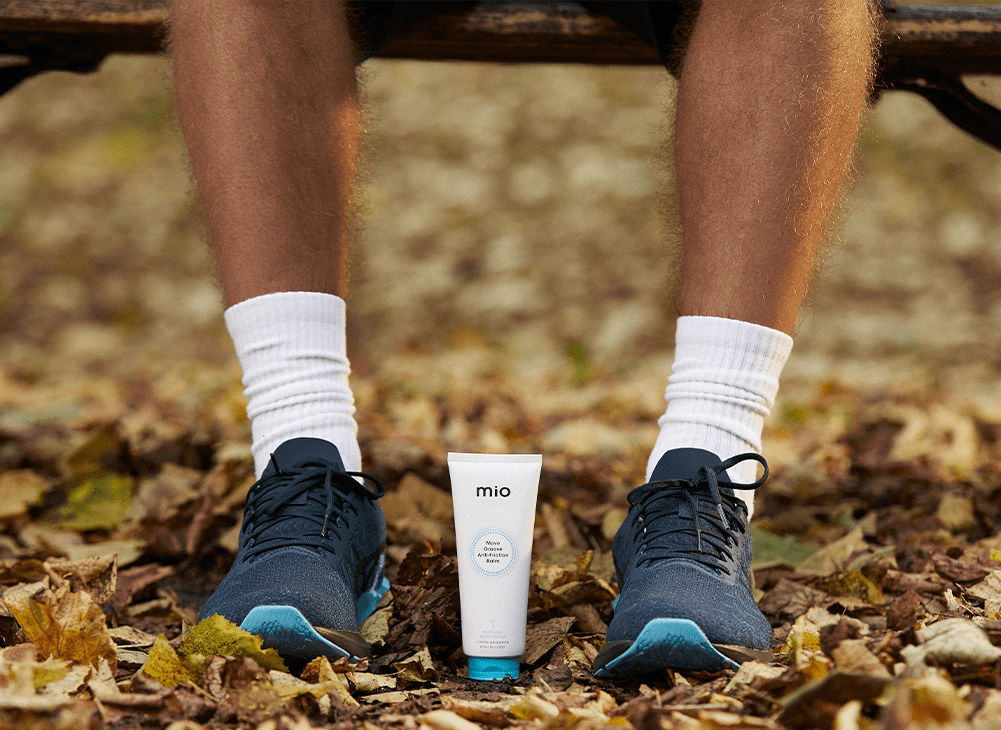 If you currently have some chafing from running, the first thing to do is wait until it heals. Ignoring it and going for a run regardless can drive the irritation from a minor inconvenience into an angry infection or bleeding.

If you’re addicted to the runner’s high, don’t worry. It won’t be a long break! If you treat the chafing carefully it should be healed within a few days. Gently clean the irritation in luke-warm water. Avoid soaps with harsh ingredients and opt for one which is hydrating and encourages cell renewal, such as Mio’s Dive In Refreshing Body Wash.

Once all has healed, then we can take action to prevent chafing when running again. Similar to the skin-on-skin friction, skin-on-fabric friction can be prevented by hydration. Although applying a layer of anti-friction balm before putting on shorts may feel as though it will make matters worse, it does the opposite. The anti-friction protective layer means that your skin will stay soft and smooth.

Our Tip: Make sure you layer up with tight layers. The tighter the clothes you are wearing, the less room they have to move against your skin!

How to stop chafing from cycling

Lastly, we have chafing from cycling. Similar to running, cycling is notorious for breaking down the skin on your inner thighs. Again, if you already have chafing, unfortunately you’ll have to take a few days of a break if you don’t want to cause any further damage. While waiting, assess what could be causing the chafing. Is the bike seat fitted correctly? Are your bike shorts the real deal? If neither of these are the issue, it’s time to take action with the anti-friction balm. 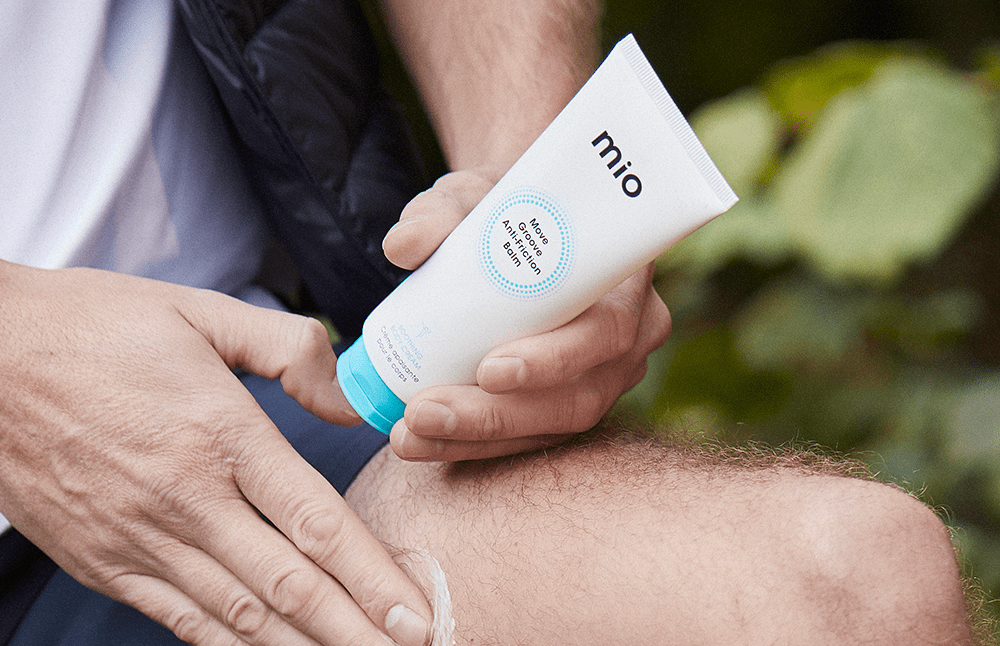 Another thing to watch out for here is how you are shaving your legs. If you’re shaving the tops where the skin is rubbing off the saddle, make sure you are doing so properly to prevent ingrown hairs and bumps. You want the skin to be as smooth as possible so no further friction is caused.

Warm weather and exercise shouldn’t have to come with irritation and discomfort. Chafe-proof your skin and be free to wear whatever skirt, cycling shorts, or leather pants you please.

Josie is an Online Beauty Editor with a Bachelor of Arts degree in Journalism. Her passions involve all things skincare and beauty and in her free time she likes to travel, read and get her beauty sleep.

International Women’s Day: the Round Up

How To Create an At Home Party Ready Pedi

Cosy food | How to make hearty lentil and vegetable soup

Join in the month of love with #ilovemio!

Christmas Skincare Gifts For Every Type Of Friend

Acroyoga: What Is It?